Why are you vegan? A question I get asked a lot. People always assume it’s because of all the poor animals. And yes, that is my main reason. I simply do not believe we should be in charge of life and death. All animals have the desire to live and abusing and killing them for our own pleasure just isn’t right. But there are so many more reasons why I am vegan. 2 very close together reasons are my overall health and the environment. Now to learn more about these 3 reasons I want to recommend these three documentaries: ‘Earthlings’, ‘Forks Over Knives’ and ‘Cowspiracy’.

‘Earthlings’ is a 2005 American documentary and is written, produced and directed by Shaun Monson. It’s divided in 5 chapters: pets, food, clothing, entertainment and scientific research. I have to be honest, it’s very hard to watch it all the way to the end. Also I felt very angry and powerless after watching it. But I would still recommend it, because this is the truth and we can’t close our eyes to that. ‘Earthlings’ is a documentary who opened many peoples eyes. You can watch the full documentary on You Tube. 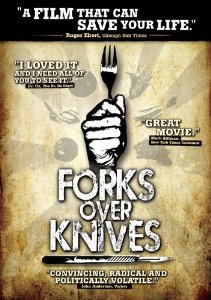 ‘Forks Over Knives’ is one of the first vegan related documentaries I watched myself and it’s still one of my favourites. It’s a 2011 American documentary directed by Lee Fulkerson and produced by John Corry. It’s about that most (or maybe even all) diseases can be controlled or even reversed by a whole foods plant based diet. Now that is interesting isn’t it? It’s a very clear and easy to follow documentary and you can watch it on Netflix. Also they have a really nice website with lots of information and recipes. 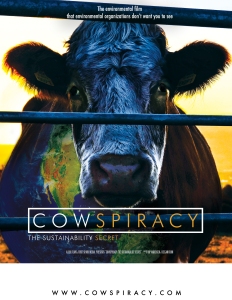 Now I think a lot of people have heard about the documentary ‘Cowspiracy’. Especially after Leonardo DiCaprio, who is executive-producer, mentioned the environment in his speech after finally winning his well deserved Oscar. The documentary is produced and directed by Kip Andersen and Keegan Kuhn and is about the sustainability secret: animal agriculture. So the environmental reason to go vegan. I really like this documentary as it’s easy to follow for everyone. They are very clear and come with a lot of easy explained facts. ‘Cowspiracy was exclusively released on Netflix on September 15, 2015.

Have you watched any of these documentaries already? Are you planning on watching them now? Let me know what your thoughts are!